Ithaca, the island of sage

One of the most famous ancient Greeks worldwide is Ulysses or Odysseus. His adventurous, ten year journey of return to his homeland after the Trojan war, as it was narrated by Homer in his epic poem Odyssey, constitutes the most lyrical and timeless symbolism of every person's struggles in the battle of life.
This summer I spent a few days in modern Ithaca, which will remain a field of research for many scientists until there is clear proof that it coincides with the ancient kingdom of Ulysses. I have to admit that the beauty of this small island has surprised me. Ulysses had every reason to fight with bravery and cunning against the elements of nature, frightening cyclops and seductive sirens in order to return to that earthly heaven!

Ithaca is a less popular tourist destination than the other, bigger islands of the Ionian sea. However, it is the perfect place to relax, eat tasty food, enjoy nature and swim endlessly in turquoise, calm waters. 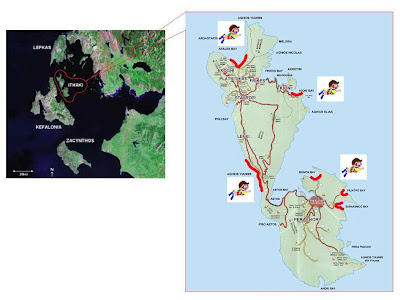 The capital of the island, Vathi, is a picturesque settlement, built amphitheatrically on the feet of a mountain surrounding one of the biggest natural harbours of the world*. 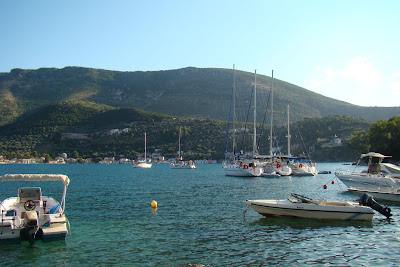 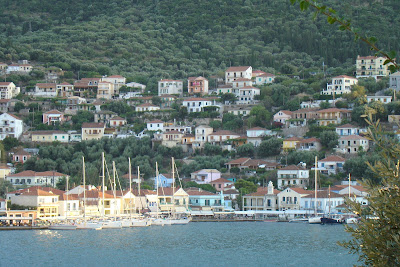 A walk in the alleys and the pier of Vathi is enjoyable any time of the day... 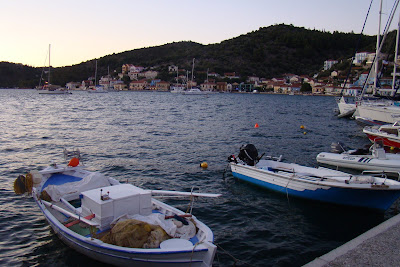 Ithaca has at its entire perimeter scattered wooded creeks, totaly protected from wind and ideal for swimming. The water is deep and crystal clear! 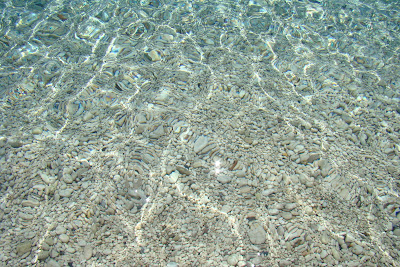 The most popular beaches of the island are Filiatra, Sarakiniko, Afales and Skinos (you have to leave the car and walk on dirt road for about 5-7 minutes in order to reach the latter one)... 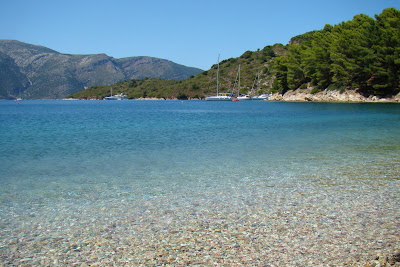 and the beach of village Agios Ioannis... 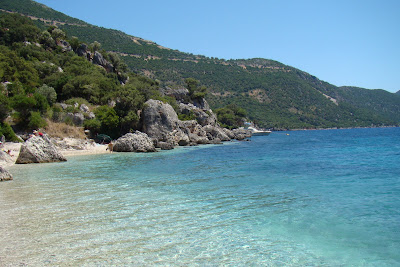 If you are in a mood to explore you will certainly spot a few more beaches accessible from the mainland.
All settlements of Ithaca, even the mountainous ones, preserve their picturesqueness and are trully worth visiting. If you visit the village of Stavros do not omit to taste onionpie at the tavern "o Tseligas" (= shepherd) which is on the main road just opposite the elementary school. I still can not forget the flavour from the mixture of sweet onions and spicy feta cheese! At the end of this post you will find a recipe for onionpie, which I think resembles much the one I tasted in Ithaca.
Do not leave the island without visiting Kioni. It is a wonderful settlement on the northeast side of the island situated by the sea. Most buildings in Kioni were built during the 16th century and have withstand the passing of time and disastrous earthquakes. 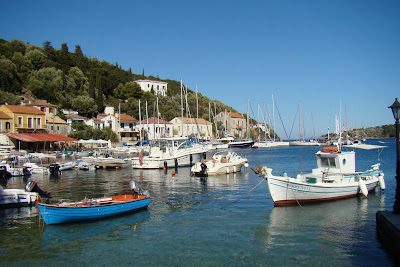 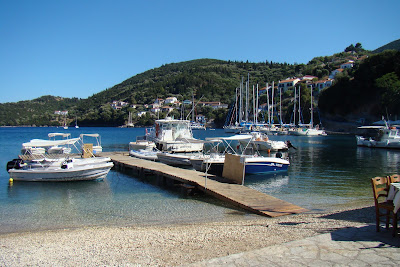 I took that picture of an old, bulky weighing device in Kioni. I am not aware of the bottle's content, but if it were essential oil it would have been precious! 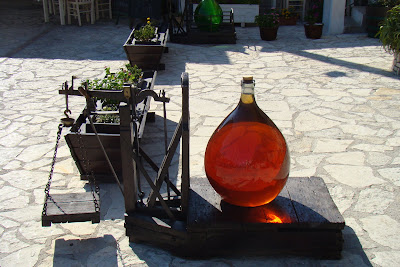 Ithaca is an island full of trees and rich in vegetation like the rest of the Ionian islands. But I believe Ithaca could rightfully gain the title of "the island of sage". At the sides of all mountainous routes and paths, even of those leading to the sea, bunches from this miraculous herb are growing between rocky formations, filling the air with their sweetish, fruity aroma. Sage was considered a panacea during ancient times and you will find more information about its healing properties and uses under my post "Sage, the Protective Herb".

Directions
Stir fry the onions in olive oil until they become tender. Add the diced feta cheese, the eggs, the dill, salt and pepper. Apply olive oil on the surface of a baking pan and successively lay half of the pastry sheets spraying each one with a few drops of oil. Spread the stir fried filling and on top lay successively the rest of the pastry sheets spraying them with some oil. Slightly cut the pie, spray the top pastry sheet with milk and bake for about an hour at 180oC.
Email ThisBlogThis!Share to TwitterShare to FacebookShare to Pinterest